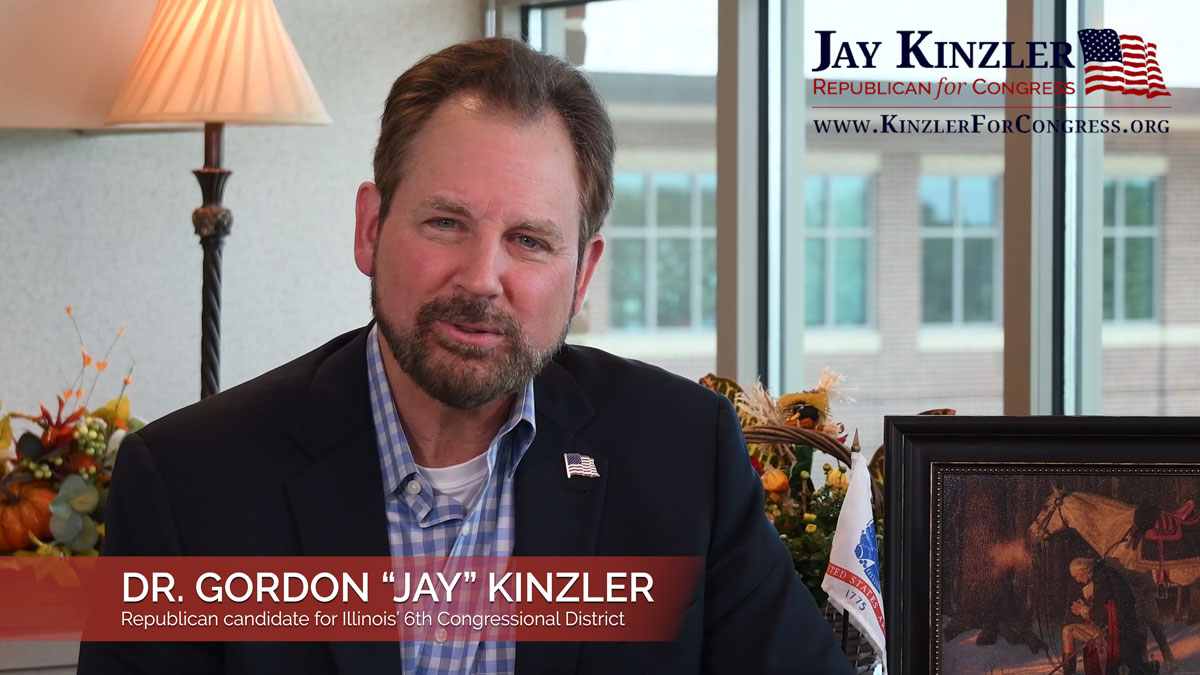 GLEN ELLYN, IL – Transplant surgeon and Army Reserve Colonel Dr. Gordon “Jay” Kinzler (R) announced this week his candidacy for Congress in Illinois’ 6th Congressional District. Just as he answered the call of duty to serve his country when he joined the military in 2007, he is answering the call of duty again to serve the constituents of Illinois’ 6th Congressional District.

Kinzler is running because he is concerned with the left-wing socialist direction Congress has taken and the detrimental effects it is having on the lives of our citizens.  He wants to end the discord and toxicity in Washington and limit the endless Congressional investigations so Congress can get back to work improving the lives of those they have sworn to serve.

Kinzler is honest, hard-working, fiscally responsible and dedicated to serving his community. He has proven himself to be a strong leader in local government, during his military career, and caring for his patients.

Kinzler still serves as a Colonel in the U.S. Army Reserve and is assigned to Fort Benning where he does his annual training and takes care of our soldiers and their families.  He cares for his patients at his medical practice at Elmhurst Hospital.  He has served as the Medical Staff President and the Chief of Surgery at Elmhurst Hospital.

“I’m looking forward to listening to voter concerns in all 53 communities served by the 6th Congressional District,” said Kinzler, “And if given the honor to serve them, I’ll work to improve their lives.”

The 6th Congressional District covers portions of Cook, DuPage, Lake, Kane and McHenry counties, a result of redistricting in 2011, following the 2010 Census.

Kinzler and his wife Jennifer have lived in Glen Ellyn for over 26 years. They have two adult children and rescue dogs and cats.