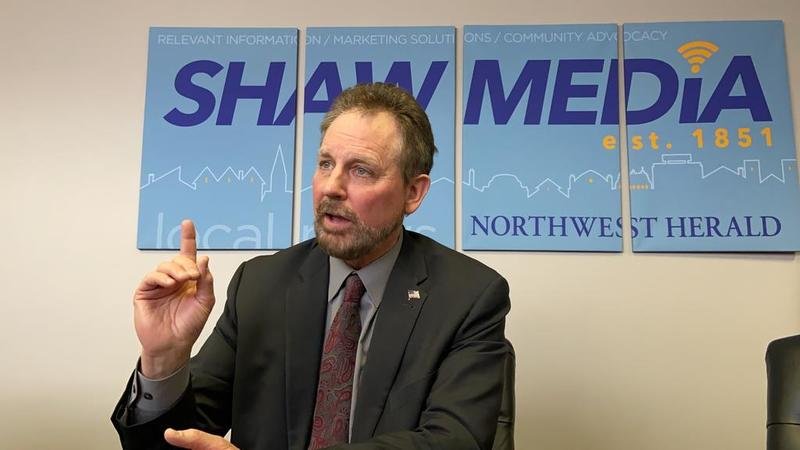 The two candidates in the 6th Congressional District are both impressive people.

Gordon “Jay” Kinzler, 61, is a urologist who specializes in kidney transplants; he is head of surgery at Elmhurst Memorial Hospital, a colonel in the Army Reserve and has been president of the Glen Ellyn Park District board.

Jeanne Ives, 55, of Wheaton, is a West Point graduate and military veteran. She is a former state representative who had to give up her seat in the state Legislature when she mounted a surprisingly strong challenge to then-Gov. Bruce Rauner in 2018. Ives lost the race but garnered 48% of the vote against an incumbent with almost unlimited resources.

We believe Kinzler will better appeal to voters in the mostly suburban 6th District, which includes southeast McHenry County, as well as parts of Kane, Lake and DuPage counties.

As a doctor, Kinzler has a good firsthand understanding of the health care system’s flaws, and the way that high-deductible policies have discouraged people from following doctor’s orders and having more advanced diseases when they finally do seek care. Kinzler said he knows ways to reduce waste and inefficiency in the health care system that can bring down costs, which in turn will reduce federal spending.

He supports a strong military defense to protect the country, and says support for law enforcement is critical to ensuring our communities are safe.

He supports President Donald Trump’s efforts to ensure fair trade agreements so American businesses can compete, supports the Second Amendment while allowing for reasonable checks aimed at keeping guns out of the hands of dangerous people, and says that although a border wall may not be necessary for every mile of the nation’s southern border, an orderly immigration system that prohibits “sanctuary city” policies and finding a path to citizenship for “Dreamers” are important immigration reform measures.

Kinzler makes a point to portray himself as the moderate in this race. He supports lower taxes and legislation that will help average citizens as they work to get ahead.

Ives is a polished candidate with more political experience, but she has not always expressed her passion for social conservatism well, and it would haunt her in November. Although she speaks well on issues and emphasizes past bipartisan initiatives, she certainly would be portrayed as too extreme in a general election.

Kinzler comes with no such baggage, and Republican voters can trust that he will support much of Trump’s agenda, as well as advance important GOP positions on pocketbook issues for middle-class families.