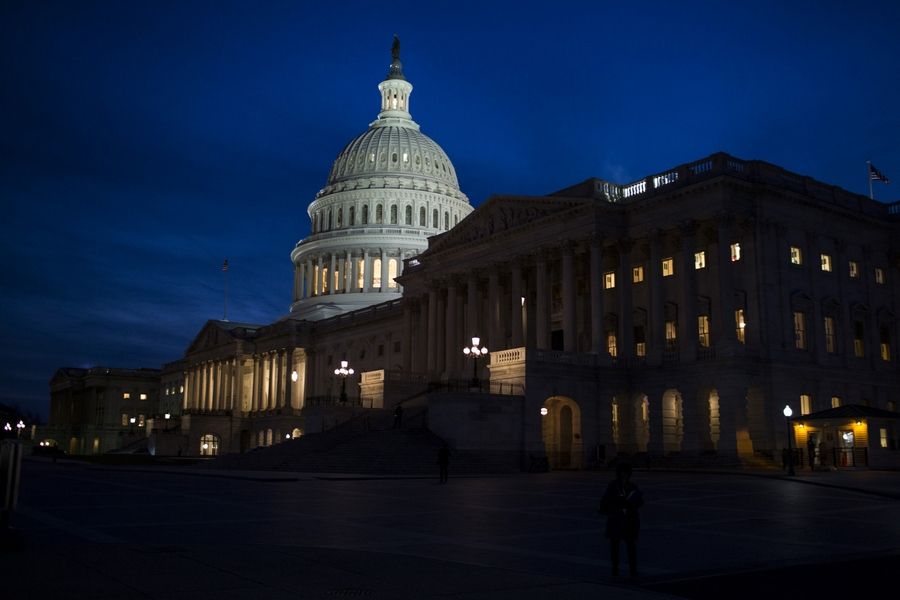 Two Republicans are set to square off in the March 17 primary for the chance to try to take back the 6th District seat in the U.S. House of Representatives from freshman Democrat Sean Casten of Downers Grove.

Jeanne Ives of Wheaton and Dr. Gordon “Jay” Kinzler of Glen Ellyn both want to be the person who can seek to reclaim a seat that had been under Republican control for 46 years until voters elected Casten in 2018.

The 6th is just one suburban congressional district where primary battles are shaping up as the filing period to get on the ballot closed Monday.

Democratic incumbents in the 5th, 8th, 9th, 10th and 11th districts are facing challenges from within their own party, with two-person races also on the books for the Republican Party in the 5th and 11th. And in the 14th District, freshman Democrat Lauren Underwood has a field of seven Republicans lining up for the chance to run against her.

New entrants to suburban races who filed Monday include:

• Republican Kimball Laiden of Chicago in the 5th. Fellow Republican Tommy Hanson of Chicago also has filed for the GOP, and Brian Burns of Chicago will challenge incumbent Mike Quigley of Chicago for the Democratic nomination.

• Democrats Mohammed Faheem of Plainfield and Inam Hussain of Libertyville in the 8th. The race to challenge incumbent Raja Krishnamoorthi of Schaumburg on the Democratic side also includes William Olson of Schaumburg. No Republicans have filed.

• Democrat Adam Broad of Buffalo Grove in the 10th District. Broad will square off against Democratic incumbent Brad Schneider of Deerfield, while Valerie Ramirez Mukherjee of Winnetka is the only one seeking the GOP nomination.

The 6th District drew much attention in 2018 with a similar seven-way Democratic primary for the chance to unseat longtime Rep. Peter Roskam. The race now shifts to who will get to face Casten next fall. The contest will be between Ives, a three-term former state representative who ran against then-Gov. Bruce Rauner in the 2018 Republican primary, and Kinzler, a surgeon at Elmhurst Hospital and Advocate Christ Medical Center in Oak Lawn who has been president of the Glen Ellyn park board.

Both have military backgrounds, Ives as a West Point graduate and Army veteran, and Kinzler as a colonel in the U.S. Army reserve who formerly served in active duty. Both say Casten’s climate-focused politics don’t align with the values of the wide-ranging 6th District, which makes the shape of a “C” from Naperville to Tower Lakes in parts of Cook, DuPage, Kane, McHenry and Lake counties.

“This district does not believe it is the biggest threat to our future,” Ives said, addressing a Casten talking point in which he says climate change is “the single biggest existential threat we face as a species.”

Ives said she plans to differentiate herself in the primary based on her record as a state representative for the 42nd District, which she said shows she can “work in a bipartisan way” on issues such as sexual harassment or government mismanagement. Ives said her priorities will be affordable health care and college tuition, the economy and national security.

Kinzler said he might agree with Ives on key issues, but he’ll take a different approach. Searching for common ground rather than “constantly being divisive” is what Kinzler said separates him from both Ives and Casten.

“I’m a conservative. I believe in free markets, liberty, limited government, efficient government, getting rid of government waste,” Kinzler said. “But I believe in doing a team approach, looking at the silver lining instead of the cloud and finding what solutions we can work on together.”

Casten said he’ll let the Republican Party sort out who its voters want to see as his opponent for the general election on Nov. 3, 2020. Until then, he said, he’ll focus on listening to district needs, informing constituents of his actions in Washington and being on committees related to climate, financial services and science.

As election filing concluded Monday, Casten flew out to join the United Nations Climate Change Conference in Spain along with other Democrats including House Speaker Nancy Pelosi. He said he’s working on bills that could increase the nation’s green energy storage capacity and help develop ways to produce materials such as steel, concrete and fertilizer without emitting carbon.

“I’m proud of what I’ve done so far,” Casten said.

Parties also can slate candidates for the general election in races in which no one ran during the primary. Any nominees have to be slated by June 1, election officials said.

Objections to any candidate’s petitions are due by Monday, according to the Illinois State Board of Elections. No objections have been filed yet.